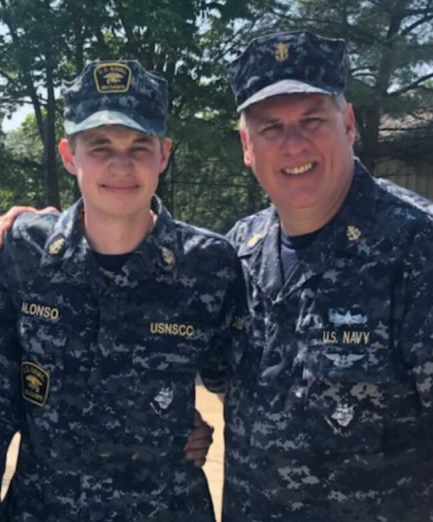 Chief Joey Alonso retired in 2008, serving 22 years as an Intelligence Specialist. After retirement, he worked for several “Three Letter” agencies until starting his own consulting firm in 2016.

Chief Alonso’s Sea Cadet career started in 2013 as XO of Training Ship “John S McCain,” in Washington DC. His son Matthew started as a League Cadet at the same time and graduated from Sea Cadets in 2019 as a Chief Petty Officer.

Chief Alonso holds a Master of Business Administration, Master of Education, Bachelor of Science in Workforce Education and Training Development, and he’s most proud of his Associates in Automotive Technology he recently earned with Northern Virginia Community College. He’s a certified Project Management Professional (PMP) and is a licensed Middle and High School teacher in Virginia. He is also a middle school girls volleyball coach, proudly leading his team to the Loudoun County Championship in 2020.

Chief Alonso lives in Ashburn, Virginia with his wife Kathie and teenage daughter Molly… They share their home with three rescue dogs, Hardy, Eddie, and Maggie. 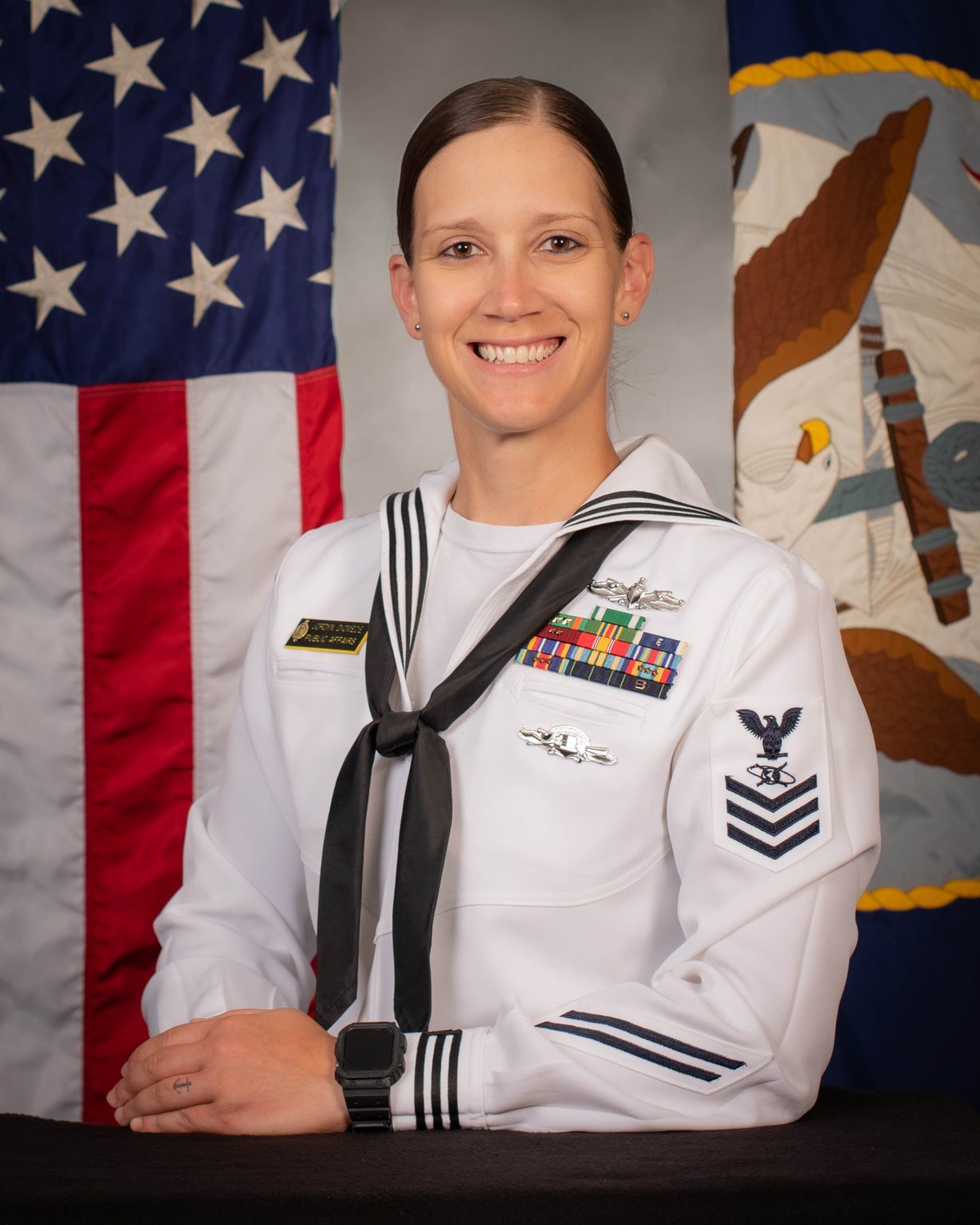 Her duty stations as a master-at-arms include Naval Station Norfolk, where she provided anti-terrorism and force protection security for the waterfront, and Coastal Riverine Group 2 in Manama, Bahrain, where she supported missions aboard USNS Alan Shepard, USNS Pecos and USNS Tippecanoe. Her responsibilities included providing 360-degree force protection for the Military Sealift Command vessels operating throughout the 5th Fleet area of operations.

She left active duty in 2014 and joined the Naval Reserve. She converted to mass communication specialist (MC) in 2016 after successfully completing the Basic Public Affairs Specialist Course at the Defense Information School.

She returned to active duty in 2018 and served aboard USS Emory S. Land (AS 39) as a photographer, writer, social media manager, leading petty officer (LPO), and lead editor of Landmark, the ship’s magazine.

She holds a bachelor’s degree in public relations from Suffolk University in Boston.

She lives in Odenton, Md., with her husband, Joseph, and their daughter, Addyson. 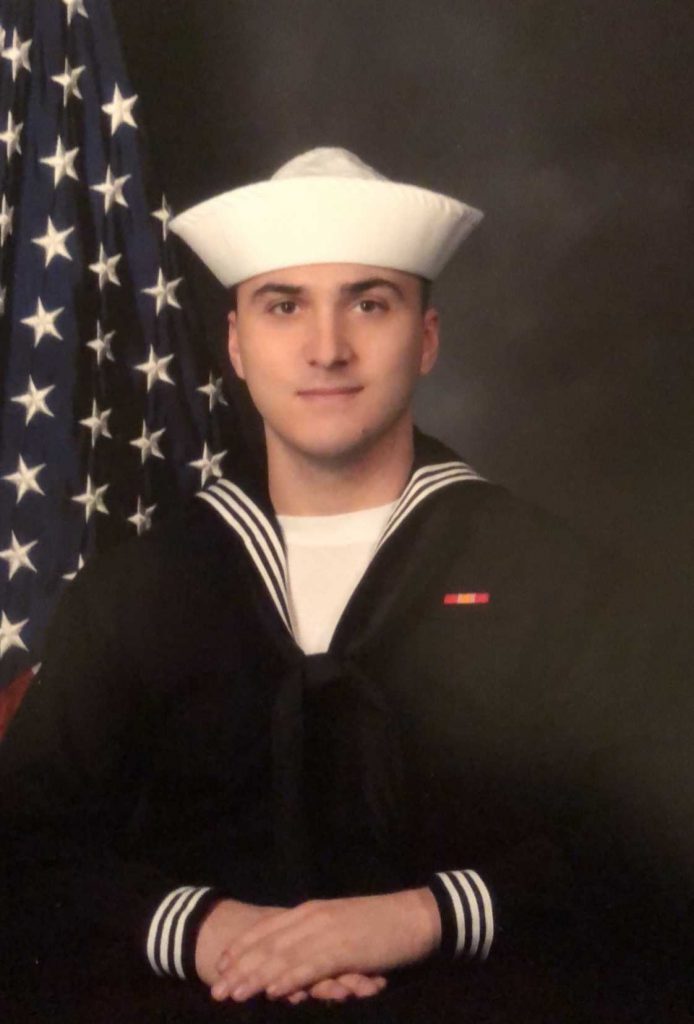 Cryptologic Technician (Networks) 1st Class Justin Scott hails from, what used to be, a small town named Puyallup in the great Pacific Northwest’s Washington State. A former communications technician, he enlisted in the Navy in 2016 after being laid off.
At his first duty station in Texas, he was heavily involved with the Alamo Battalion Sea Cadet Corps and served as an instructor and training officer. During his time with the battalion, he helped lead his cadets through a challenging week of Petty Officer Leadership Academy, and he also ran his own division during Sea Cadet Recruit Training (RT) & Navy League Cadet Orientation (NLO).
He arrived in Maryland in March 2021 to Fort Meade, his second duty station, to serve as a software vulnerability analyst.
Petty Officer Scott recently completed his bachelor’s of science degree in cybersecurity and computer networks. 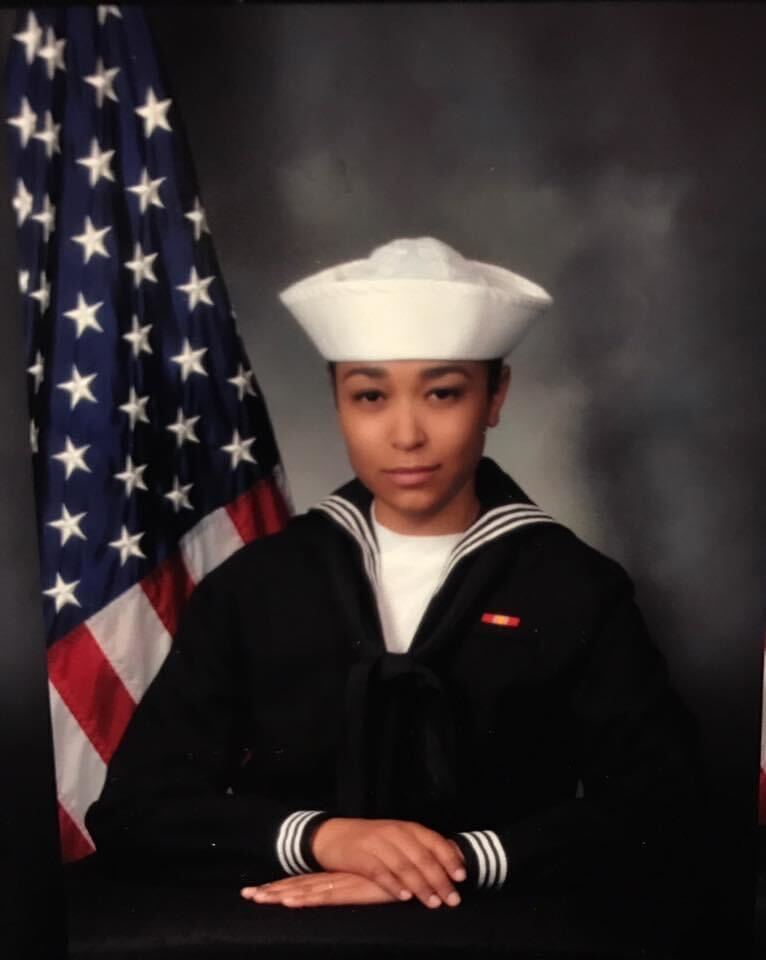 A native of Oceanside, Ca., Cryptologic Technician (Interpretive) 2nd Class Andrea Fooks enlisted into the U.S. Navy in 2016. After completing the Spanish course at the Defense Language Institute, she served as a language analyst for the Navy Information Operations Command Texas. During this tour, she also served as a department safety coordinator, a Junior Sailors Association Representative, and volunteered for various organizations to include the Boys and Girls Club, the Humane Society, and the National Museum of the Pacific War.

Her tenacious efforts of ensuring mission success, and supporting the neighboring community, combined with her unwavering dedication and proactive leadership style, resulted in her meritorious advancement to petty officer second class and her selection as the command’s 2019 Junior Sailor of the Year.

She is currently stationed at Fort Meade, Md., working for Cryptologic Warfare Activity (CWA) 65, and continuing her career as a language analyst while pursuing a bachelor’s of science in cybersecurity.

Her awards include two Navy and Marine Corps Achievement Medals.

Although new to the Sea Cadet organization, Petty Officer Fooks is committed to the growth and success of the USNSCC Annapolis Division. It is her sincerest aspiration to provide guidance and support for every cadet; fostering a positive environment for professional development, personal success, and promoting the highest traditions of the United States Navy. 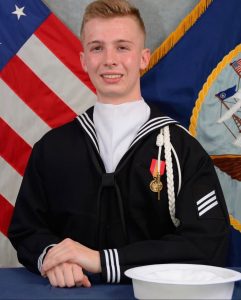 Operations Specialist 3rd Class Nathaniel Rosekrans is a guardsman in the U.S. Navy Ceremonial Guard and a former Chief Petty Officer in the U.S. Naval Sea Cadet Corps. A native of Pinconning, Michigan, he graduated from Pinconning High School in 2021.

Quickly distinguishing himself from his peers, he went on to receive his qualification as a standard honors guardsman within only two months, an impressive feat for those pursuing that qualification.
In his short time since taking on that position, Petty Officer Rosekrans has flawlessly participated in more than 70 full honors funerals in Arlington National Cemetery. Additionally, he has completed more than 10 high-profile joint armed services to include White House States and Territories, Joint Service Color Guards, and Pentagon Arrivals.
In addition to his service with the ceremonial guard, he also volunteers his time teaching and developing cadets in the U.S. Naval Sea Cadets. Taking what he’s learned from his time in the U.S. Navy and the ceremonial guard, he’s been able to pass that information on to some of our country’s future warfighters. 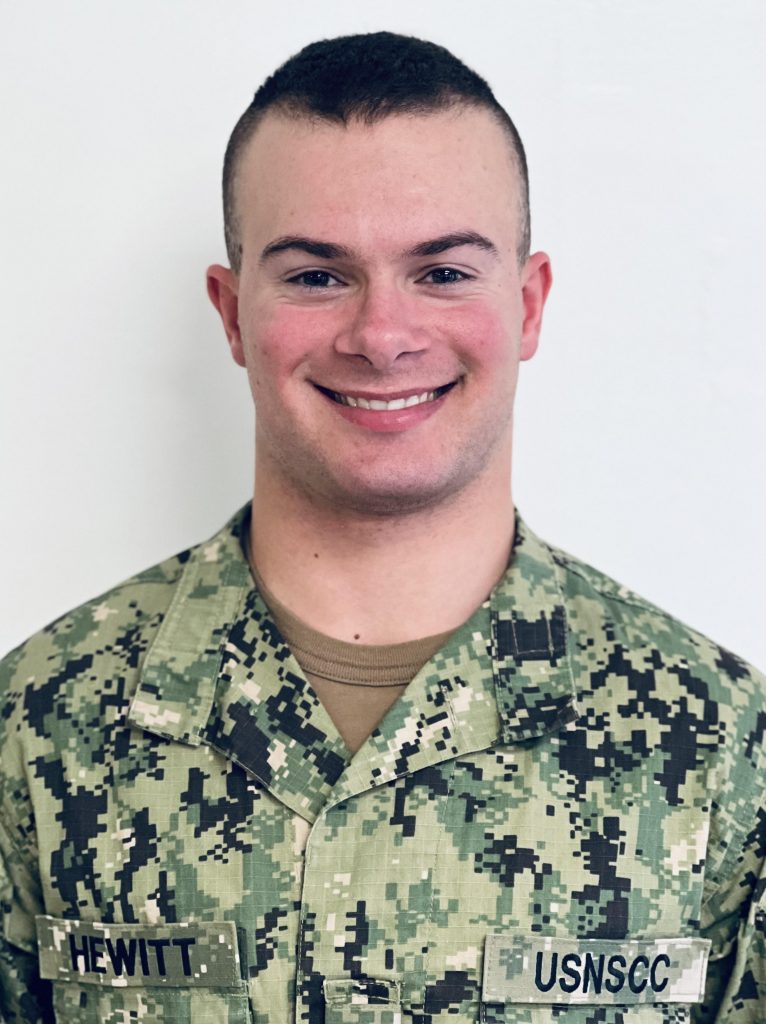 As a cadet, he attended training onboard the SS John W. Brown and at USCG Station Sand Key. The following year, he was invited back as staff of the training on the John W. Brown.

His awards include the Sons of the Revolution Bronze Good Citizenship medal and two Honor Cadet ribbons.

MIDN Hewitt is currently enrolled at Anne Arundel Community College while waiting to hear from the Coast Guard Academy in regards to his application. 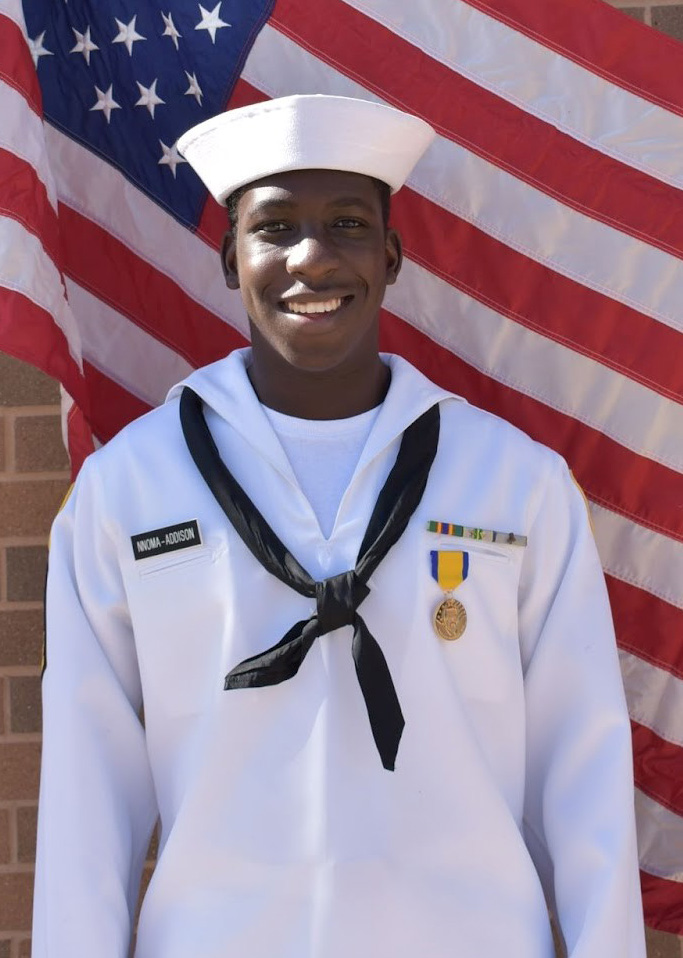 Dankwa Nnoma-Addison is a midshipman in the Annapolis Division Sea Cadets. He started out as a League Cadet in 2016, then transitioned to the Sea Cadets in early 2017. He reached the rank of Chief Petty Officer and graduated from the program in 2021.

He attended several advanced trainings, such as the Liberty Ship Seaman Training onboard the SS John W. Brown, the National Flight Academy in Pensacola, Florida, and the U.S. Coast Guard Training in Yorktown, Virginia.

He received the Bronze Good Citizenship Medal from the Sons of the American Revolution and the Theodore Roosevelt Youth Medal.